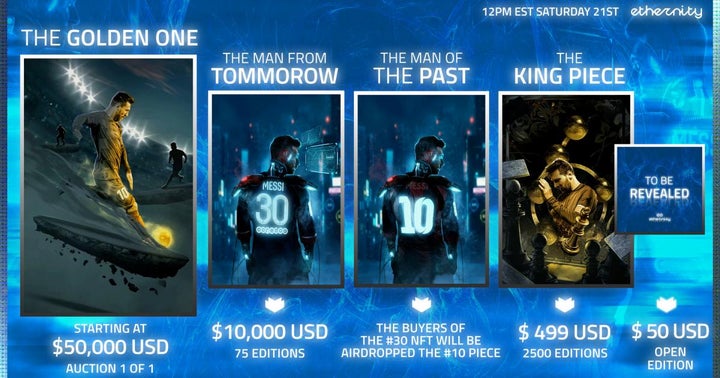 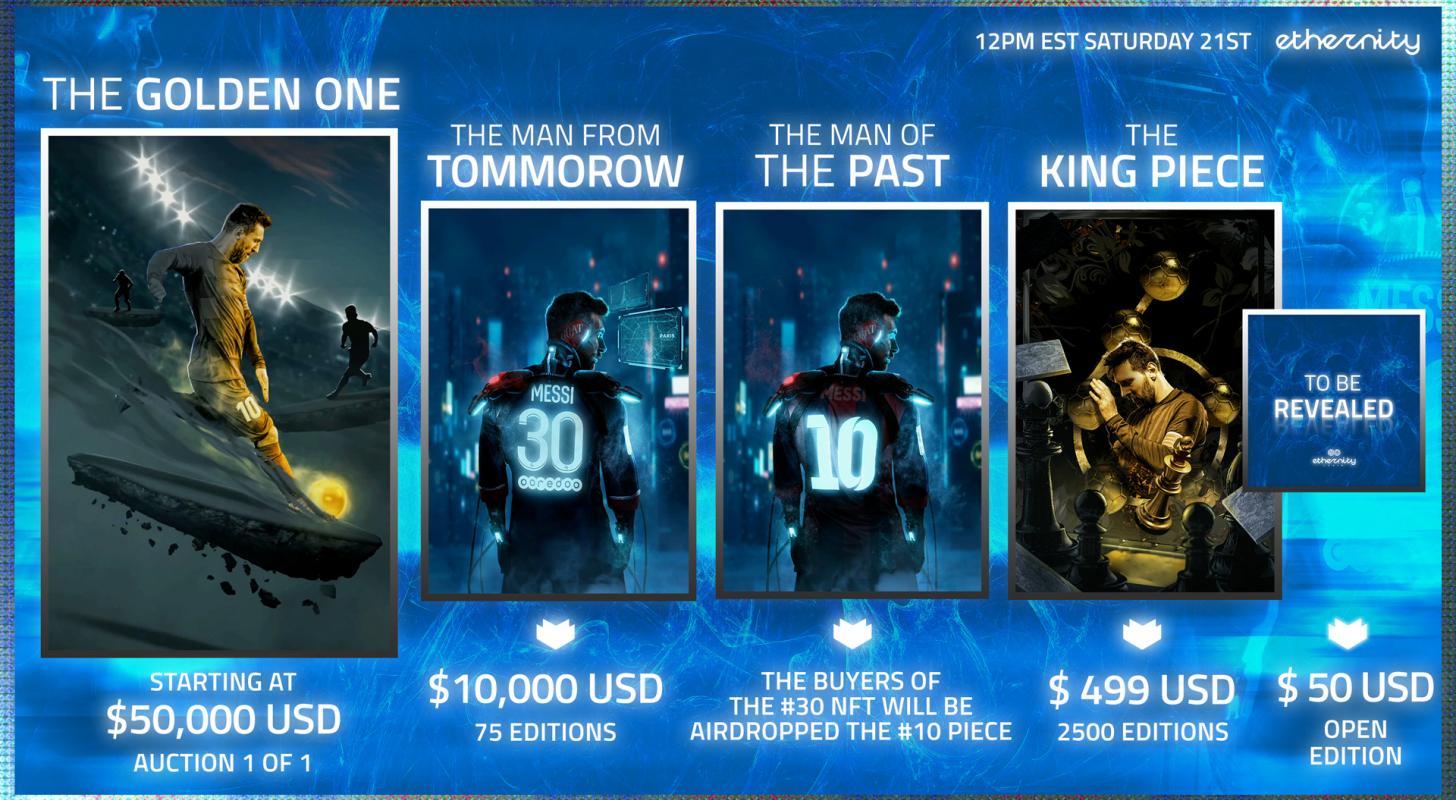 “Art, like football, is eternal,” said Lionel Messi in an exclusive interview with ESPN. “Art is also evolving, and digital art (NFT) is another way to connect with the fans. That’s why I’m happy to be launching my first official NFT thanks to the efforts of BossLogic and Ethernity, who have designed these four series of collections based on their experience and criteria. I hope the fans will like them as much as I do.”

On August 19, Argentina soccer player Lionel Messi announced that he launched his own collection of NFT tokens, entitled “Messiverse.” The collection consists of pieces that outline achievements, moments, team love, and future accomplishments, beginning with the following pieces, all of which were created by Australian-based digital designer BossLogic, who is known for his work with Marvel Studios and Disney:

The first NFT, entitled “The Golden One” portrays Messi as the gold standard given the reputation he has achieved over 20 years with Barcelona.

The second NFT, collectively known as “Man From the Future” consists of “Man From Tomorrow” and “Man of the Past,” featuring Messi in AI bionic form with his new number 30 (PSG) and old number 10 (Barcelona).

In its Twitter post, BossLogic said that it has followed Messi’s career and that when the world is “mimicked by AI”, that it isn’t crazy to see him in the “cyber football leagues of tomorrow.”

The third NFT, entitled “The King Piece,” looks back to the times when kings ruled the kingdoms, explaining that if Messi were back in those days, he …

How to Buy Dogecoin in India

How to Buy Ankr | Where, How, and Why