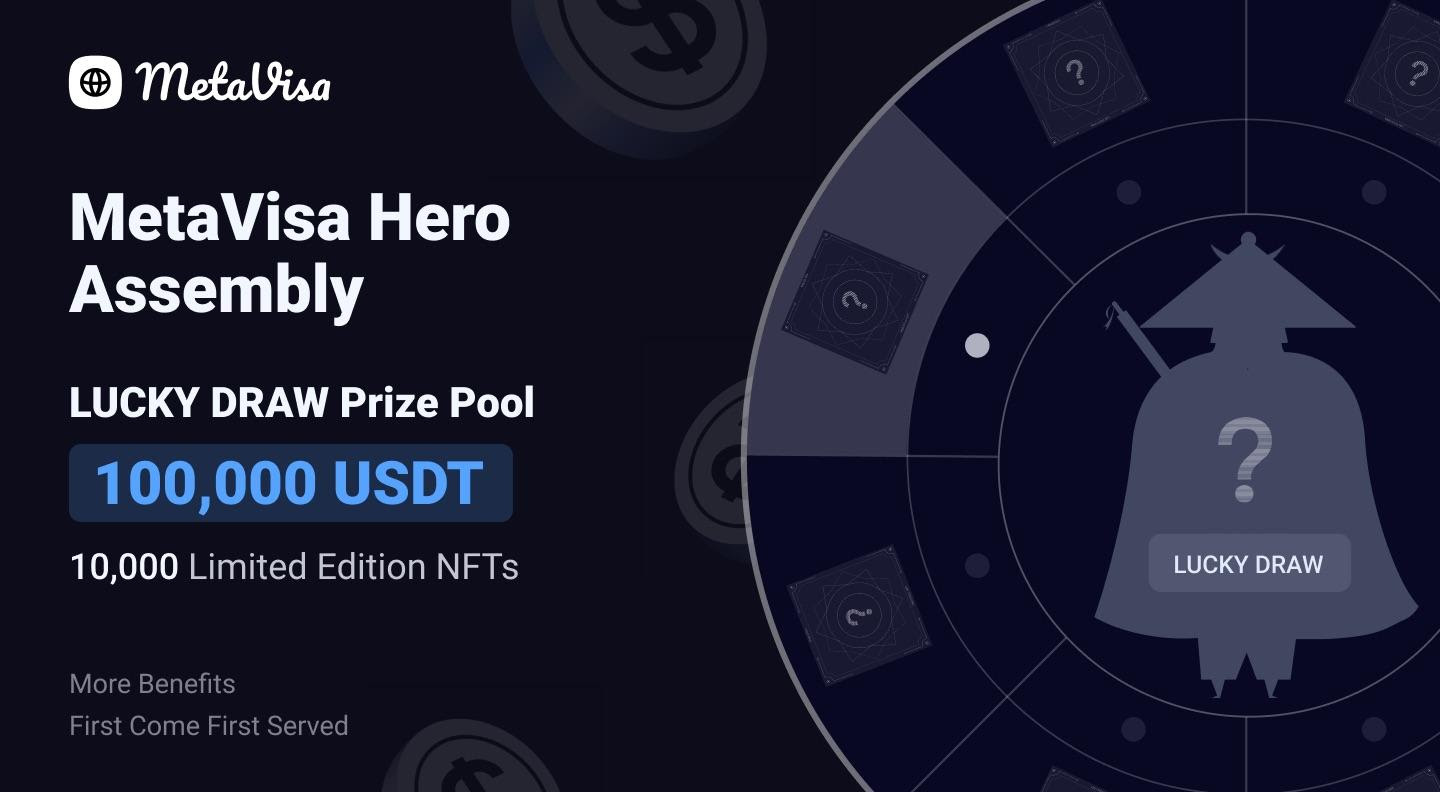 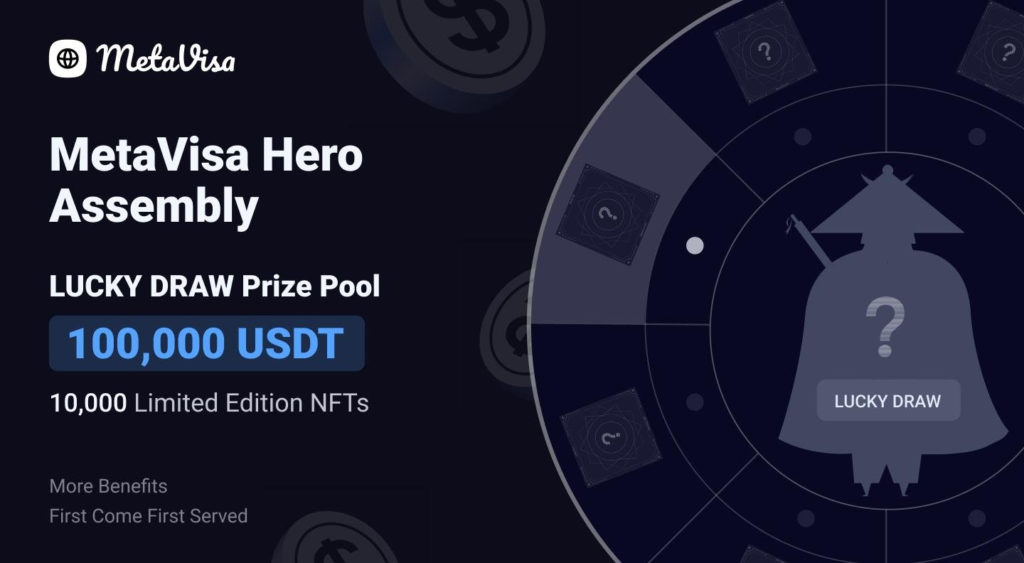 MetaVisa, a layer-3 middleware protocol built on Ethereum, with a focus on developing a decentralized identity and building a credit system in the Metaverse has revealed that it will launch the limited-edition line of MetaVisa Hero Assembly NFTs in the coming weeks.

With only 10,000 of these special NFTs being in existence, the platform will be hosting a reward program for participants of the limited edition, offering them the opportunity to share $100,000 USDT rewards.

According to the announcement, the Limited Edition NFTs released will serve as an individual user identity badge in the MetaVisa ecosystem, identifying MetaVisa users for future privileges. Hence it is offering users an opportunity to acquire the limited edition NFT via the Lucky Draw Rewards event it will be hosting.

Users would only need to pay the gas fees for minting in order to be able to participate in the event.

The platform promises the first 1000 participants a chance to earn a special reward. Afterward, a lottery lucky draw will be held to award random NFT holders no matter when they acquired theirs.

Participations are limited to only users who hold MetaVisa NFT Hero with three chances to draw a Limited Edition NFT every day.

MetaVisa revealed it has just concluded a $50,000 Bounty Rewards event for its users after a series of AMAs it has conducted in the recent weeks as a way to further increase participation in its ecosystem.

The opportunity to share in the bounty reward program was made available to users who held a MetaVisa NFT Hero and set it as their profile photo on Twitter and retweeted the event tweet with #MetaVisa. Qualified participants have been rewarded and the platform revealed plans to launch more if such reward events in the coming weeks.

At least 50 domains will sell in final Income Store liquidation

How to Buy Harmony (ONE) | Where, How and Why