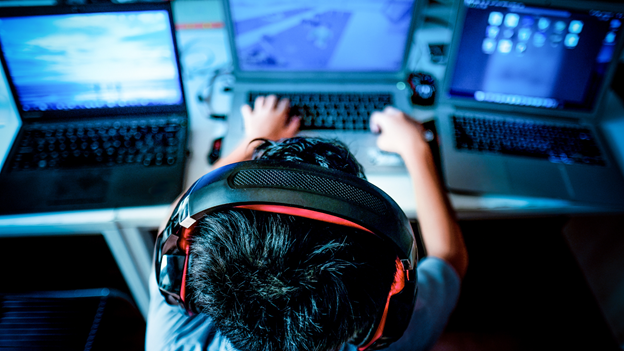 As the NFT market grows bigger and better with each passing day, new and innovative third-generation blockchain platforms have paved the way for the emerging blockchain gaming sector to leverage the power of non-fungible tokens (NFTs) to their full extent.

Currently, the aggregate market capitalization of NFTs has crossed $63 billion, with several NFTs and collectibles tokens experiencing continuous upward price momentum. Decentraland (MANA), Gala (GALA), The Sandbox (SAND), and several other blockchain games have already set the foundation for the much-hyped “metaverse,” giving users a sneak peek of what the future holds for them.

Although NFTs have been around for a while, they really garnered mainstream attention between 2020 and 2021 amid eye-popping auction figures. With several NFTs changing hands for tens of millions of dollars, both service providers and consumers began to realize the true potential of NFTs, despite the initial speculative drive. For instance, the NFT ecosystem witnessed a flurry of new and promising projects in 2021. Prominent blockchain platforms like Ardor and Tron have also entered the scene with their own NFT games.

The latest platform to join this list is Polygon, the layer-2 protocol for Ethereum. As part of its ongoing efforts to bridge the Web2 and Web3 worlds while actively supporting and facilitating the development of NFTs on its network, Polygon has entered the NFT scene with its recently launched Polygon Studios. This new division will focus exclusively on blockchain gaming and NFTs. The platform has also invested in Colexion, Asia’s biggest NFTs marketplace, and has announced to finance 50% of all ongoing product development costs for GameOn Entertainment, a prominent game development studio.

All of this points to one thing: the NFT ecosystem has entered into the big leagues, and we will now see many other players merging NFTs with traditional video gaming. This makes sense when considering that the blockchain gaming industry has emerged as the fastest-growing sector within the blockchain ecosystem.

Play-to-earn, free-to-win NFT games have disrupted the traditional gaming model by giving users complete ownership of in-game assets. As a result, more and more NFT games are being launched, some of which are backed by industry leaders and have the potential to revolutionize gaming as we know it. Here are a few NFT and blockchain gaming projects that you should watch heading into 2022.

While several blockchains support NFTs and games, Ardor is one of the few blockchains that offer native support. For instance, most platforms are oblivious to the number of NFTs minted or traded as most activities are managed via smart contracts developed by third parties. Although these smart contracts get the work done, relying on third-party developers leads to security risks, added costs, and centralization – all of which are problems for both the service providers and the consumers.

One game leveraging Ardor’s features (alongside Polygon’s infrastructure) is Mythical Beings, a card game that has gained substantial traction amongst players over the last couple of months. This free-to-play, play-to-earn game allows users to collect, buy, trade, and craft cards to earn cryptocurrencies. Each card and character in this game is unique and represented by individual NFTs. The rarer the card, the higher the value.

This Ardor-based game uses the Polygon Bridge to bring its NFT collections on OpenSea, one of the largest NFT marketplaces, helping maximize interoperability and allowing players to access secondary marketplaces on Ethereum and other EVM-compatible chains. Due to this collaboration, Mythical Beings can offer its users the benefits of both Ardor and Polygon networks.

Another promising NFT game is under development by Xaya, the oldest blockchain game development platform known for Huntercoin, the first-ever blockchain game launched in 2014. Autonomous Worlds, the team behind Xaya, is currently developing the on-chain version of the highly played Soccer Manager Elite game. Soccer Manager Elite is a community-driven and open-source multiplayer online soccer management game. The game is built on Xaya’s open-source blockchain gaming platform, giving players complete ownership of their in-game assets in the form of NFTs.

SYN CITY is another upcoming blockchain game set to debut soon. This on-chain version of the mafia-syndicate-themed gameplay will be 100% free-to-play, play-to-earn. Developed by a team of gaming industry veterans from Disney, Amber, Ubisoft, Roblox, EA alongside tech giants such as Google, Tron, Yahoo, Twitter, SYN CITY relies on the concept of tokenized in-game assets.

Backed by Twitch co-founder Justin Kan and Zynga China’s co-founder Robin Chan’s Goat Capital, SYN CITY recently raised $8 million from its investment round to develop innovative features and in-game products for its community. The game will also introduce the first-of-its-kind governance mechanism, Mafia-as-a-DAO (MaaD), to help automate decisions and facilitate transactions. With this governance mechanism in place, users can rest assured that all gameplay and rewards on the platform are transparent and provably fair.

Finally, Splinterlands is another amazing blockchain game that everyone should check out. This innovative play-to-earn game has single-handedly dominated the blockchain gaming ecosystem. Previously known as Steem Monsters, Splinterlands allows users to earn rewards via in-game achievements, multiplayer battles, tournaments, and quests.

Splinterlands now ranks as the most played game for four consecutive months, with the total number of active wallets on the platform swelling to 670,000. Over the last 30 days, the aggregate transaction volume on the platform has reached close to $400,000. The platform is now hosting the Chaos Legion release and pack sale in three phases. The Presale has been an enormous success, with one million card packs already sold.

As more and more game developers start merging tokenization into their games, the next wave of blockchain boom will most definitely be due to the increased adoption of NFTs. NFTs are here to stay, dominate, and help players gain the most value from time, even via opportunities to generate passive income. The blockchain gaming revolution has just begun, and it may well be in your interest to ride this trend into 2022 and beyond.

From Hardware To Marketplaces, Retail Bitcoin Miners Are Reshaping The Industry

The SiteLock v. GoDaddy lawsuit is getting ugly