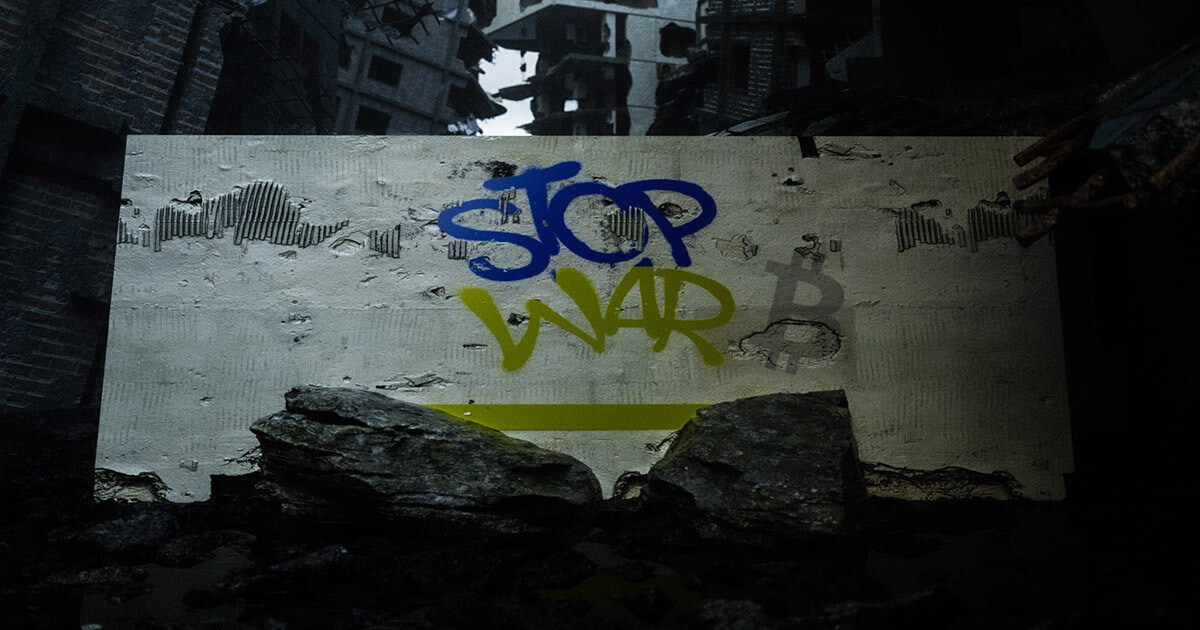 Most markets saw a significant increase this morning fueled by an FT report that said Russia and Ukraine were drawing up a neutrality plan to end the war.

However, a major correction ensued in a matter of hours as the Ukrainian government disputed the report saying the “peace plan” was actually the requesting position from the Russian side and not a bilateral agreement.

Earlier on Wednesday, the Financial Times reported that Russia and Ukraine have made “significant progress” on a tentative 15-point peace plan. According to the report, the plan includes a ceasefire and Russian withdrawal from Ukraine if Kyiv declared neutrality and accepted limits on its armed forces.

Originating from sources that were involved in the talks, the report caused a stir in global markets, leading to a sharp jump both in spot and derivative markets. Cryptocurrencies weren’t immune to the news either—Bitcoin’s price saw an aggressive upward momentum that brought it to $41,000 after several days of meeting strong resistance at that point.

Crude oil and wheat, which reached their decade-highs as a result of the war in Ukraine, saw sharp drops as traders rushed to offload their position anticipating the normalization of distribution channels for both markets.

Dmitry Peskov, Vladimir Putin’s press secretary, told reporters today that neutrality for Ukraine based on the status of Austria or Sweden was a possibility. Russia’s foreign minister Sergey Lavrov said that “absolutely specific wordings” were “close to being agreed” in the negotiations, bringing quite a bit of confidence to the markets that were hurting since Russia invaded Ukraine last month.

However, the upward momentum we saw in most markets was short-lived.

Mihailo Podolyak, an advisor to Ukraine’s president Volodymyr Zelenskyy, said that the Financial Times report was one-sided and that the “15-point peace plan” consists only of Russian requests. Ukraine has its own positions which weren’t included in the plan, he said, adding that the only thing the country can confirm is that is looking for a ceasefire, the withdrawal of Russian troops, and security guarantees from a number of, countries. Among the 15 points outlined by Russia were requests for Ukraine to refuse membership in NATO and refrain from hosting foreign military bases on its territory.

Briefly. FT published a draft, which represents the requesting position of the Russian side. Nothing more. The

side has its own positions. The only thing we confirm at this stage is a ceasefire, withdrawal of Russian troops and security guarantees from a number of countries

Bitcoin too wasn’t immune to the news about a possible ceasefire in Ukraine. However, it saw a much less aggressive price spike, just passing over $41,000 earlier today. And while its tenure at $41,000 was as short-lived as the spike we saw in the stock market, its drop wasn’t as drastic. At press time, the crypto market saw a strong buying pressure that pushed Bitcoin to $40,000, showing a strong and fast recovery.