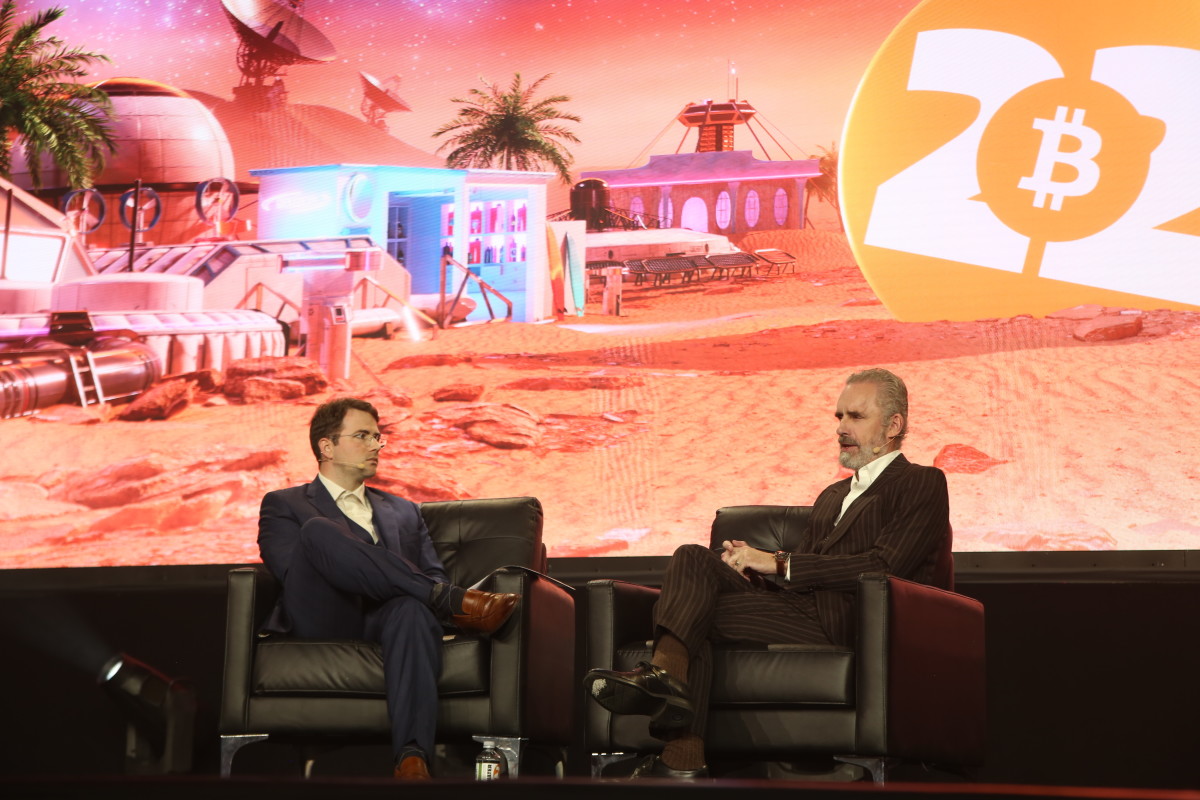 Dr. Jordan Peterson discussed his curiosity in bitcoin, entrepreneurship and his fierce belief in capitalism.

Bitcoin 2022 is a gathering of freedom, a place for conversations of sovereignty; and who better to invite to speak than Jordan Peterson, a prominent Canadian psychologist who’s attracted much attention for his books and podcast appearances. Peterson has been classified as “the most influential public intellectual in the Western world right now,” and a “right-wing internet celebrity,” but his wide appeal certainly testifies to the fact that he’s speaking to a growing audience of people seeking his ideals.

His fireside appearance was hosted by Tuur Demeester, an early bitcoin investor and analyst. Given Demeester’s experience and knowledge, it was set to be an excellent discussion.

Much of the Bitcoin community already has an ideological intersection with Peterson. At the conference, his chat was delivered to a very crowded audience — people were interested in what he had to say.

Demeester started by asking Peterson about what sparked his entrepreneurial ventures. Peterson responded, “The most appropriate way to understand something is to try it.” In a way, it’s a nod to proof of work as a concept.

Peterson then jumped into what became the main theme of his responses, which was his profuse belief in capitalism.

“Don’t be defensive about the ethics of your capitalistic enterprise, on the contrary you should be on the offensive, proudly proclaiming that people should … make free choices about what they value.”

He added, “One of the fundamental axioms of a free market system is that the only way to properly compute the horizon of the future is by sampling and perhaps summing the free choice of a multitude of free agents.”

Demeester asked Peterson about his curiosity in Bitcoin, to which Peterson replied, “First of all, I thought I would be motivated to understand bitcoin if I actually invested some money in it because I do believe the proposition that you don’t really make genuine decisions if your sampling a domain unless you have ‘skin in the game.’”

But Peterson wasn’t entirely bullish on Bitcoin — he did have a demeanor of cautious optimism.

“We have no idea what would happen if money per se was actually decentralized … If we manage that and say Bitcoin maintains privacy, is it irreversible? Is that permanent? … Well what if its a bad idea and its irreversible?

Peterson rounded back to capitalism to finish off, saying, “Here’s two justifications for free markets and capitalism. It gives warlike people something to do that isn’t destructive.”

He then added, “If you can’t make your idea attractive enough to other people so that they’re willing to give you money, it’s possible that its a stupid idea and you’re doing it badly… We shouldn’t subsidize zombies. Do you want to be one?”

Bitcoin 2022 is part of the Bitcoin Event Series hosted by BTC Inc, the parent company of Bitcoin Magazine.