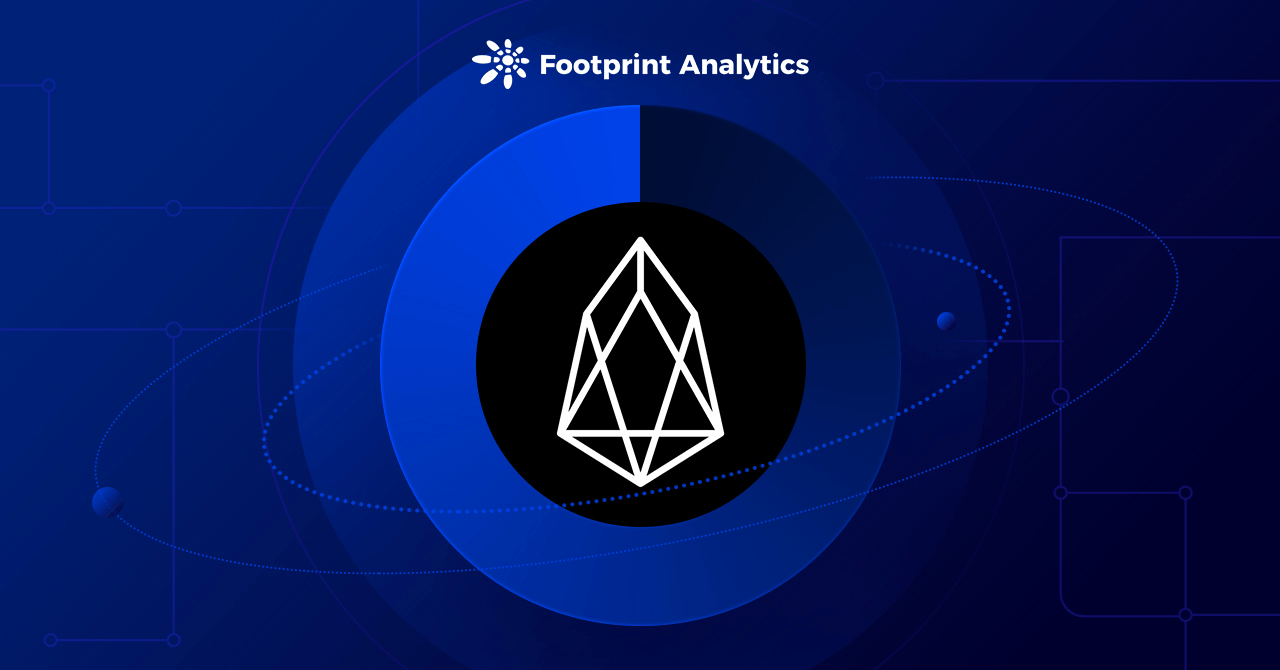 On Dec. 8, the EOS community voted to spot payments to its developer, Block.one, due to lack of financial transparency and slow progress on the chain. In turn, the EOS community, represented by the ENF (EOS Network Foundation), will continue to lead the EOS network as the world’s largest DAO.

What went wrong between the EOS community and the developer that built the chain?

What is EOS Chain?

Launched in June 2018, EOS is a public chain that can run many applications and aims to become the Windows of blockchain, with a million transactions per second (TPS) to support developers.

Initially, EOS raised $4.2 billion in funding, making it the highest in ICO history. After the mainnet went online, EOS experienced explosive growth in the ecosystem. Analysts called EOS the key player of Blockchain 3.0 and even the “Ethereum killer”.

However, EOS is slowly coming down after a short-lived boom. According to Footprint Analytics, the TVL of the EOS chain fell to 34th place out of all public chains by Dec. 21.

In addition, the ecosystem of EOS consists of DEX, lending, asset, and yield projects, with DEXs being dominant.

Why has EOS been in decline?

Most people blame Block.one, EOS’s developer, for the blockchain’s lackluster performance. According to many in the community, development work has been slow, low-quality, and did not deliver on its initial promises, including visions of cross-chain solutions, a million transactions per second, and more. With $4.2 billion in funding, EOS still lacks the ecosystem incentives many expected. Compared to all the incentives and hackathons from current emerging chains, EOS has been disappointing.

In addition, although EOS uses a proof-of-stake (DPOS) consensus mechanism, many question its lack of decentralization, as its super-nodes are dominated by several large companies. Finally, [who] has criticized Block.one for its lack of financial transparency.

The ready-to-sell tokens do not belong to Block.one, and the ENF (EOS Network Foundation, the community representative for EOS) is strongly opposed to the sale. After more than a month of negotiations, they finally decided that

However, while Block.one has transferred 32 million EOS to ENF, Pomelo and EdenOS as promised, they have not returned EOS-related IP to the community.

In response, ENF froze the EOS balance of Block.one’s account through a node vote and demanded that Block.one take out its EOS holdings within one day and return the EOSIO IP to the community. At the same time, the EOS community chose to stop payments to Block.one.

On Dec. 20, ENF’s leader Yves La Rose tweeted to announce that the EOS community has decided to give up the EOS-related IP and plans to rebuild the EOS IP brand and codebase.

In addition, EOS Network founder Daniel Larimer expressed his support for this decision:

“Consensus means ‘voluntary association’ and the right to ‘say no’,” he wrote [where?]. “Separation sometimes means that one person voluntarily leaves everyone, and it also means that everyone leaves one person.”

Since ENF broke off with Block.one, ENF published its grant plan on Dec. 10, seeking to create an open and transparent application system.

EOS founder Dan Larimer said a vision, roadmap and sales pitch are being developed for joining EOS. EOS will soon be a DAO of DAOs, accounts will be free, and countless people will be rewarded for contributing and inviting others who do the same. 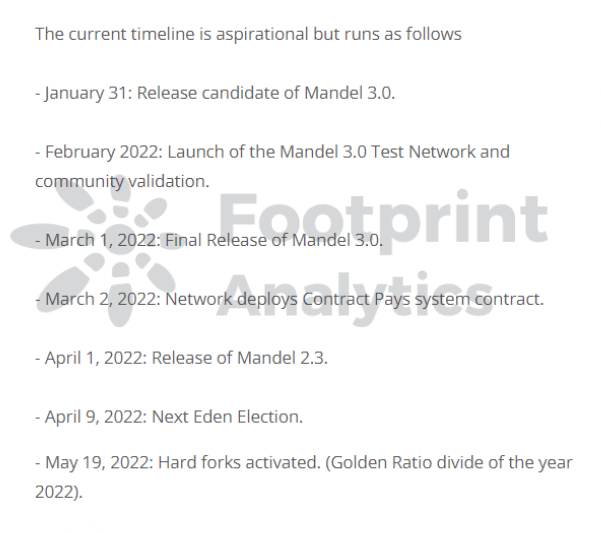 This will be the first time EOS runs without Block.one.

“Never underestimate the power of a small group of committed people to change the world. In fact, it is the only thing that ever has.”—Yves La Rose

This report was brought to you by Footprint Analytics.

Footprint Analytics is an all-in-one analysis platform to visualize blockchain data and discover insights. It cleans and integrates on-chain data so users of any experience level can quickly start researching tokens, projects and protocols. With over a thousand dashboard templates plus a drag-and-drop interface, anyone can build their own customized charts in minutes. Uncover blockchain data and invest smarter with Footprint.