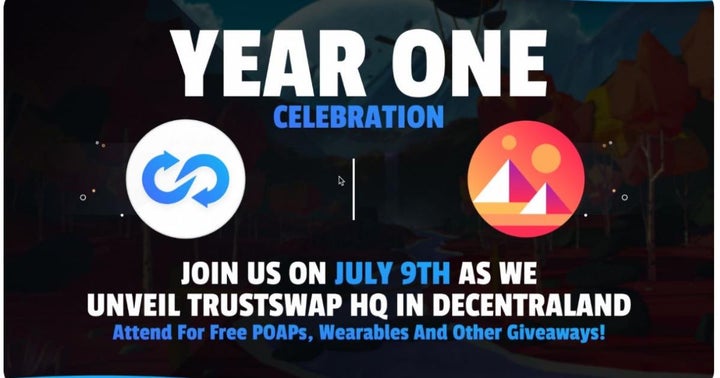 Suppose you have two people who don't know each other. They could be anywhere in the world, and they want to be able to exchange their digital capital without a go-between and without paying escrow fees. This is the problem that TrustSwap solves in the cryptoverse.

The idea is not to come up with a simple website that keeps the fees but to develop a more comprehensive solution in a community-driven project that can keep growing to become a foundational DeFi (decentralized finance) infrastructure.

The mission at TrustSwap's heart is to make cryptocurrency safer, easier to use and remove some of the friction involved in the widespread global adoption of the blockchain.

The SWAP token is part of the project.

It's meant to bring the people who want to support this goal together, and it's at the core of the TrustSwap community. The IDO that launched SWAP into the world took place on July 9th of last year, and it sold out in fewer than 60 seconds. This occasion marked TrustSwap's birth, so we're about to celebrate the project's first year! So let's look back at the last twelve months and remember the milestones achieved during this first year.

H3>Launchpad Launching Staking came to life at TrustSwap last September, and the TrustSwap Launchpad came online very soon after that. The platform is a pioneer in that it guarantees allocations for eligible stakers and a 12 to 24 hours application window that keeps things comfy and prevents the appearance of gas wars.

As of now, more than 24 projects have been launched from TrustSwap's Launchpad, raising more than 25 million USD in the process.

In December, Team Finance was absorbed into TrustSwap. It was the …