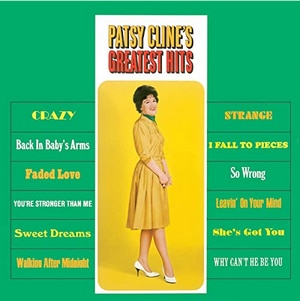 She’s (or her estate) Got You.

Patsy Cline Enterprise, LLC, which manages the late singer’s intellectual property, has filed a lawsuit (pdf) against the owner of PatsyCline.com.

Visual Link Internet appears to have registered the domain name in 1996 and, according to the suit, has previously operated a site about the singer.

The history between the estate and the domain owner is an interesting one. According to the suit, the estate initially reached out to Visual Link to complain about its operation of the site. (It doesn’t say when, but this seems to have been within the past few years.) It alleges that Visual Link’s owner, Mark Bayliss, said the domain wasn’t for sale but also mentioned he had turned down $50,000 for the domain and, were it to sell, he expected to receive over $50,000.

The estate then made an offer for $5,000 through a third-party service, which in turn reiterated Bayliss’ claim of the previous $50,000 offer and that it would cost more. In the lawsuit, the estate says it reached out again a year later to try to negotiate a purchase and Bayliss again told them it would be a substantial price.

So the estate turned around and did something amusing: it sent Visual Link an invoice for $87,500, which it said reflected an annual licensing fee for the name, image, and likeness of Patsy Cline.

Then it got weird.

Patsy Cline Enterprises reached out to the Defendant earlier this year, at which point it alleges that Bayliss told them he’s not responsible for the content of the site, and it’s actually managed by Celebrating Patsy Cline, Inc.,  a nonprofit group committed to preserve and perpetuate the legacy of Patsy Cline. But when the estate reached out to the non-profit, it said it had nothing to do with the site.

The estate pushed forward, telling Bayliss it was going to enforce its rights. It alleges that Bayliss then contacted it with an offer to sell the domain for less in order to avoid litigation.

Why are websites in China decreasing?