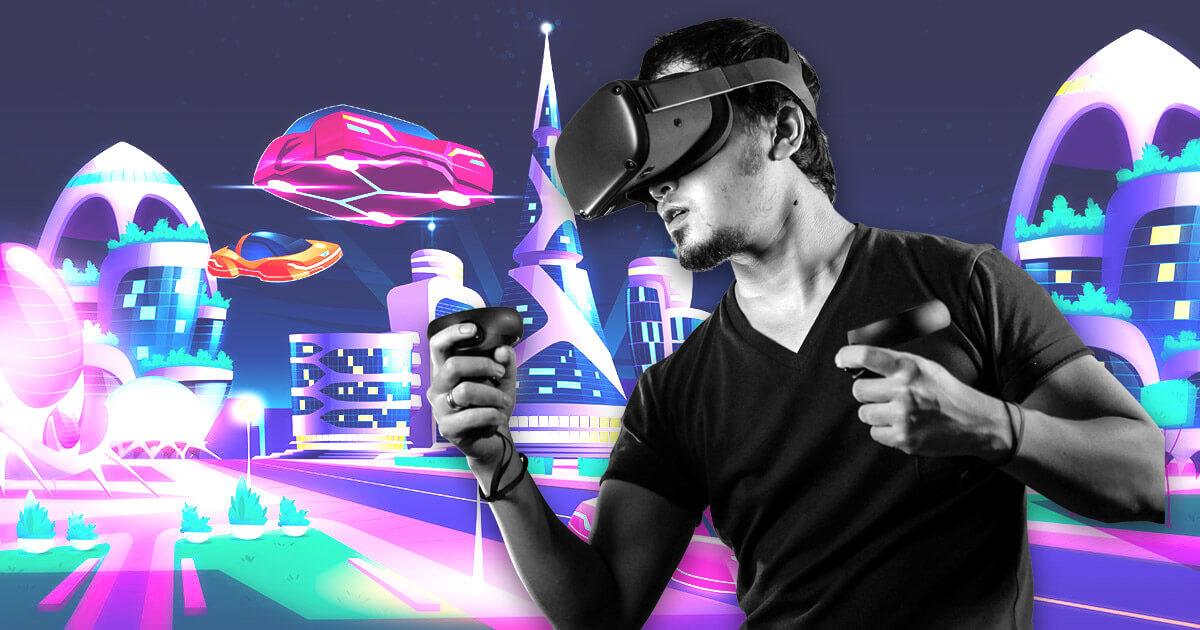 The first Metaverse as a Service (MaaS) has been announced on the Zilliqa network. Named, Metropolis, the newly announced metaverse project will be supported by an IRL early access event in Miami on April 2. The price of ZIL broke $0.12 Sunday morning from a low of $0.43 just the day before. This marks a 159% price increase in less than 24 hours.

VAt present, the only way to get access is via the competition hosted on this Reddit post. Prizes include tickets to the event or a limited edition NFT and T-Shirt. More information should be released on Discord at 12 pm EST Wednesday, March 30 via a Metapolis AMA with the leadership team from Zilliqa.

This is not just any old metaverse announcement. Zilliqa has partnered with Agora, a global talent awards app. Through the partnership, it is possible that creators will be able to upload content to the Agora app and, through community voting, have their work added to the Metropolis metaverse. Further, winners of Agora awards currently receive up to $150,000 in grants. Helou, Head of Metaverse and NFTs and Zilliqa said,

“We are excited for this partnership as we are able to bring not only creativity to life within the metaverse but also open borderless access for creatives worldwide to connect in the digital world. The partnership between Agora, Zilliqa and Metapolis means we are at the forefront of web 3 innovation.”

Zilliqa has also secured partnerships with some of the leading esports organizations in the world. Ninjas in Pyjamas, RRQ, and MAD Lions. ZIL branding will now appear on “team jerseys, content creator hoodies, and integrated marketing campaigns.”

The new Head of Gaming and Sports at Zilliqa believes that “that gaming will be the sector that drives the next exponential growth in blockchain users. These types of partnerships can accelerate that adoption.” However, given the recent reaction and backlash to the addition of blockchain services to existing games, this is clearly going to be a difficult task.

How Metropolis is being built

The Metropolis project will be built on Unreal Engine, Unity, and Nvidia Omniverse. The use of Unreal Engine will mean graphics comparable to Fornite, Street Fighter 5, Valorant, or Gears of War.

Unreal Engine is developed by Epic Games and is one of the most popular game development tools on the market, especially for consoles and PC. Unity is the world’s leading mobile game engine with an estimated 45% market share of the mobile games market.

The game engine market is expected to explode over the next 5 years as end consumers become more accustomed to what to expect from a game built in a specific engine. The Zil price surge following the Unity and Unreal Engine announcement is a prime example of this.

How will Metropolis work?

Ahead of the AMA, there is limited information regarding specific details of how Metropolis will be experienced by users. The use of Nvidia Omniverse is likely to be used in tandem with the Agora partnership to allow the easy creation of 3D content and collaboration amongst users. The goal of Agora is to open up opportunities to people around the world to create. A metaverse of global community content creation where creators can be directly reimbursed through NFT sales sounds like an innovative way to approach that goal.

In terms of direct gameplay, there are a few possibilities. Unity and Unreal Engine are not compatible with each other. You build a game with one or the other. Therefore, it is possible that the metaverse ecosystem will be built out in Unity to allow it to run well on both desktop and mobile devices.

The community projects inside the metaverse may then be built using a collaboration of Unreal Engine and Nvidia Omniverse. This, however, would require a lot of testing to get the backend servers to talk to each other and require a way of hosting Unreal Engine instances inside a Unity game wrapper so this seems unlikely.

Another option is that Unreal Engine will only be used for asset creation and collaboration. The assets can, with modification, be imported into Unity. In this case, Unity would be the main engine for the entire metaverse.

Either way, the fact that Zilliqa is using the best non-proprietary tools in the industry suggests that the experience is going to be a true world’s first. There are other smaller metaverse projects looking to build in Unreal Engine such as Netvrk but nothing of note that is released to the public.

Some key stats about Zilliqa’s performance over the past 12 months:

Are you interested in buying into the metaverse? Can Metropolis compete with The Sandbox or Decentraland? Let me know via Twitter or send me an email if you have any further information.

The post How to get access to Metropolis, the reason ZIL is up 100% in 24 hours appeared first on CryptoSlate.

How to Buy Dogecoin in India