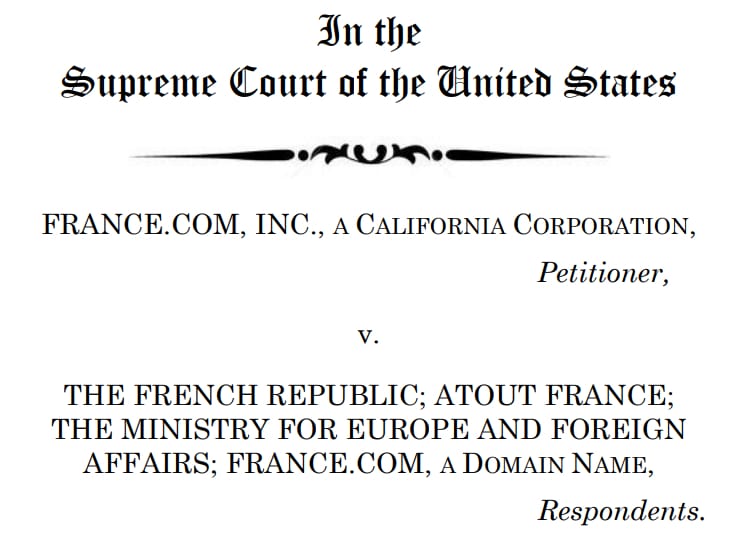 Jean-Noël Frydman hasn’t given up yet.

The businessman who registered France.com in 1994 has asked the U.S. Supreme Court to consider a dispute over the France.com domain name.

In 2014, Frydman’s company France.com, Inc. filed a lawsuit in Paris against a Dutch company alleging trademark infringement of France.com. The French Republic and its tourism agency, Atout France, intervened in the matter.

The French government convinced successive courts that the government — not someone in the U.S. — should own France.com. The government asserted the exclusive right to use the term “France” commercially, contending that under French law, the name “France” cannot be appropriated or used commercially by a private enterprise because doing so violates the French Republic’s exclusive right to its name and infringes on its sovereignty.

In 2018, the French government presented a copy of the Paris Court of Appeals decision over France.com to Web.com, and Web.com transferred the domain to it.

Frydman petitioned the appeals court for en banc rehearing but was rejected.

Not deterred, Frydman has petitioned for a writ of certiorari with the U.S. Supreme Court.

It’s been a long fight for Frydman, but it’s not surprising given the incredible value of this domain name and the business he operated.