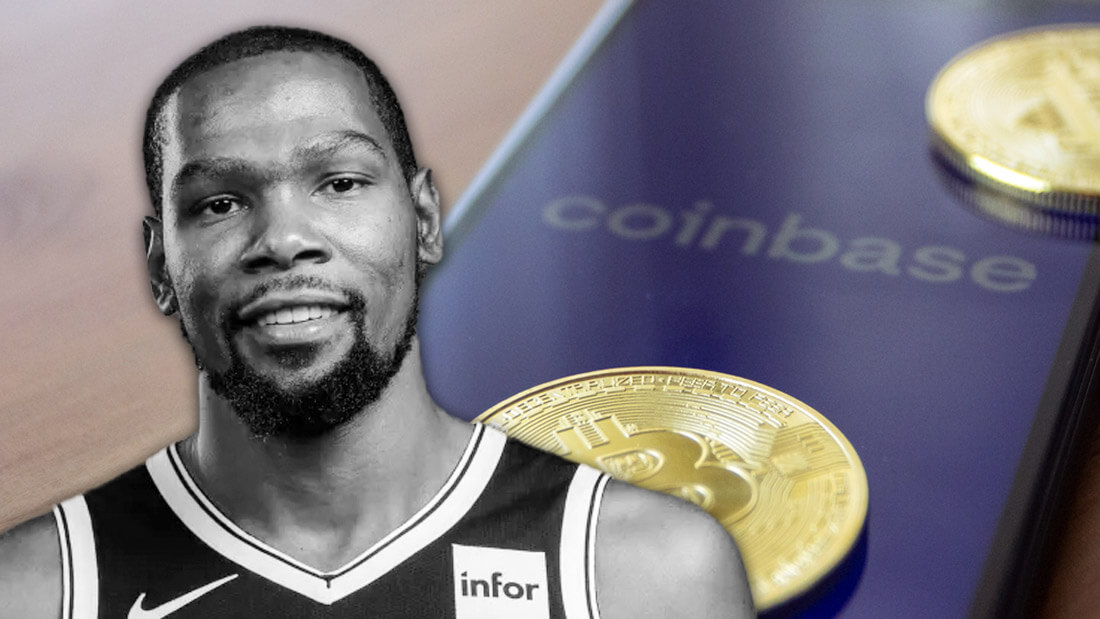 Leading cryptocurrency exchange Coinbase has roped in Kevin Durant, the legendary NBA star, as a new prominent face of the brand. Durant will be responsible for promoting Coinbase on all his major business platforms.

As part of the multi-year deal, Coinbase will in return, provide digital ad content to the NBA player’s website Boardroom and will also deliver support to all his major youth programs.

Ready for the next phase @coinbase @35ventures @boardroom https://t.co/j7jMczim9b pic.twitter.com/Jn9LslDqER

The first Coinbase ad with Durant is all set to go live this Thursday.

Coinbase is actively exploring the domain of sports to pick elements that can help elevate the status of the brand. Previously, Coinbase had signed a sponsorship deal with leading NBA teams for promotional purposes.

Coinbase’s collaboration with Durant intends to attract more users to the exchange. After the crypto exchange went public in April, Coinbase’s valuation has surged tremendously and is currently valued at over $86 million.

Durant’s venture into the cryptocurrency domain marks one of many significant sports collaborations in the emerging crypto space.

“Kevin does very, very few brand deals and that was by design,” said Rich Kleiman, Manager of Kevin Durant.

He further said that as part of the deal, Coinbase’s “new model of brand partner” will be integrated with Durant’s major business platforms to encourage users to join Coinbase as investors.

The terms of the partnership are yet to be revealed, however, it is to be noted that 35 ventures, which is Durant’s company, had previously invested in Coinbase’s $100 million funding round.

Crypto companies have been spending millions of dollars to strike deals with leading sports brands to gain mainstream exposure and lure new users.

Earlier, crypto.com had signed a deal with Los Angeles NBA arena, along with partnerships with Formula 1 and the Ultimate fighting championship. Another crypto exchange FTX had also roped in the Golden state warriors, which is another leading American basketball team.

Coinbase has also been actively pursuing sports collaborations to strengthen its position as a leading crypto exchange. It had recently announced its sponsorship deals with the esports team’s Evil Geniuses and Team Liquid.