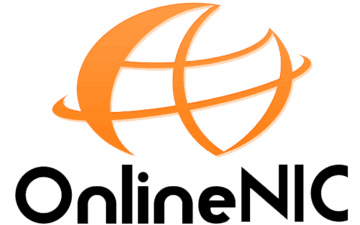 OnlineNic is still operating and 35.com pushes back.

OnlineNic said it was shutting down at the end of July due to an ongoing Facebook lawsuit. It’s October, and the registrar is still operating.

It’s unclear whether the threat of shutting down was merely posturing in the lawsuit or not, but OnlineNic could face a big bill sometime soon. Last week, Facebook filed for default judgment and sanctions (pdf) and asked for over $5.5 million. $3.5 million of that represents $100,000 for each infringing domain, and $2 million is for legal fees.

That motion names 35.com as a defendant, and that’s where things get interesting. 35.com (calling itself 35.cn in court filings; the .cn forwards to .com) held out a long time before being formally served. Last week, the Chinese company filed a motion to dismiss (pdf) on the grounds that it is in no way an “alter ego” of OnlineNIC or its privacy service, as Facebook alleges. 35.com claims that, even if it were the same entity, Facebook hasn’t shown that the domains at issue were actually owned by the registrar rather than customers.  It also says the court lacks jurisdiction.

35.com is a public company in China. It says that public documents show it sold its interest in OnlineNIC in 2007. The company says the current relationship between the companies is that it “merely provides facilities and services to OnlineNIC through an outsourcing agreement.”

The company even goes so far as to say this lawsuit could cause issues for US-China relations:

Third, 35.CN is a public company in China. (See Weiwei Decl. ¶2.) Thus, an action against 35.CN (a Chinese company with Chinese customers) in the U.S. under U.S. law would strain diplomatic relations between the U.S. and China, considering 35.CN’s nearly exclusive focus is on Chinese customers.

35.cn also declined to have a magistrate judge oversee the case, so it has been assigned to a U.S. district judge. This could slow down proceedings.

This saga isn’t over. I’ll post updates when there are meaningful filings or updates.