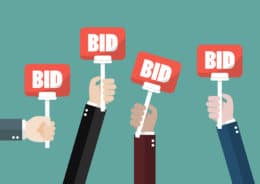 No one was willing to pay $2.5 million for The Income Store’s remaining assets.

A collection of websites and domain names owned by the defunct company The Income Store failed to sell in an auction last month.

The assets included income-producing websites created by The Income Store along with a bunch of subpar domain names.

The business was allegedly a Ponzi scheme, and the goal of the auction was to pay the court-appointed receiver’s costs and return some money to victims.

Right of the Dot organized the auction. It originally planned to hold the auction on June 10, but the receiver delayed the auction by six days, stating that there were lots of interested buyers who hadn’t completed due diligence.

In a court filing (pdf) yesterday, the receiver said that no one met the minimum $2.5 million starting bid to acquire the assets.

The receiver now plans to divide the assets into smaller lots for an upcoming auction on July 8.

UDRP works. Here’s how to fix it.

I’m frustrated by this UDRP